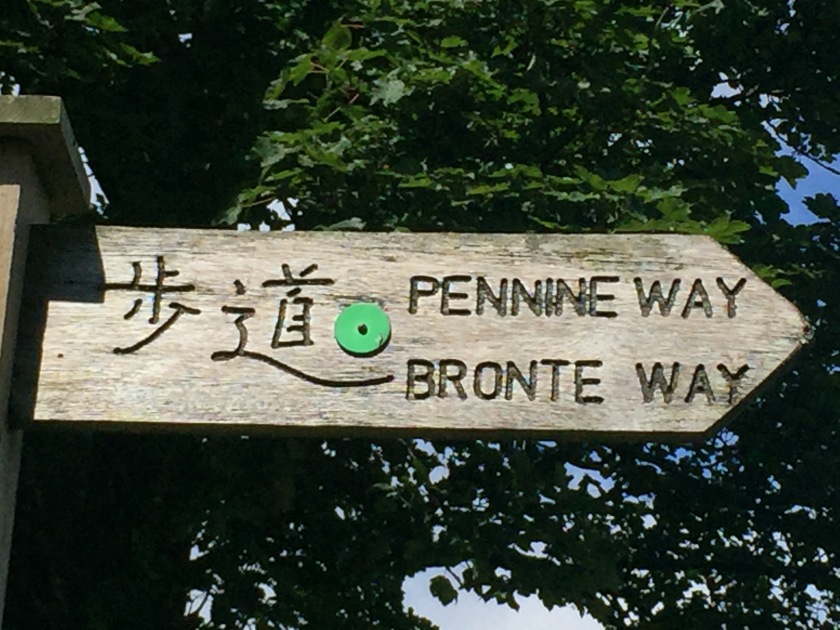 Distance 19.02 miles, cumulative 691.77 miles, time 7 hrs 30 mins, walking time 6 hrs 15 mins, pace 3 mph, Camped The New Delight Inn campsite.
Having enjoyed Sue and Sandy’s excellent hospitality and breakfast we did manage to leave Cowling (see yesterday’s photo of the speed limit sign). We followed Sue’s directions, re joined the PW and climbed onto the fells which were once again being managed for game shooting.

Given that the camping pod installed at the bottom of our garden has been destroyed by the squatters, Steve took a keen interest in the designs of the various shooting huts on the fell. He thought they looked quite comfortable.

We suspect the squatters must have left by now as the grass around the house will so long that they would not be able to get in or out. In return for offering to cut our lawn we found a new car for JR. It is equipped with a swimming pool and unlike his current car it has tread on all four tyres.

We have left North Yorkshire, which was at least as large as Scotland and today we walked through the metropolitan boroughs of Bolton and Calderdale, although there was no sign of any urban centres.

The PW footpath over the fells is mostly laid with flagstones which makes for easier walking than wading through the underlying peat bogs.

We are in the heart of Bronte country judging by the fingerposts, some of which were even in Japanese. Japanese women are besotted with the three Bronte sisters Charlotte, Emily and Anne and we did see one Japanese lady on the trail. This year is the 200th anniversary of the birth of Charlotte Bronte and at the Bradford Literary Festival in May Bronte mania was in full swing. That concludes the cultural section of today’s blog.

Of more interest to most readers will be the cow having a bad hair day and the white peacock.

We dropped down through a series of reservoirs to reach Jack Bridge and the quaintly named ‘New Delight Inn’ with it’s attached camping field.