Distance 16.88 miles , cumulative 1,237 miles, time 8 hrs 25 mins, walking time 5 hrs 40 mins, pace 3 mph, camped Treago Farm
We got off to an early start to get the miles in before it got too warm and so we could use the footbridge to cross the Gannel Estuary between Newquay and Crantock before it gets covered by the tide.

The going is much easier along this stretch of coast. We passed through Porthcothan, Trenance and stopped for tea and a scone (freshly made to a ‘James Martin’ recipe by the proprietor John) at ‘Coasta Cafe’ in Mawgan Porth. They were delicious and light scones. We carried on through Watergate Bay past the posh apartments and Jamie Oliver’s Fifteen Restaurant – although times must be hard for him as the restaurant appears to be in a few Portacabins, another brexit casualty.

We were accompanied for most of the morning by a twin engined plane doing loops into and out of Newquay airport. It was very windy and the plane wobbled about a fair bit. We were glad we were not flying to the Scillies any time soon. Mary, we hope you make it out there on Friday, do not have a large breakfast.

We reached Newquay, which is always an assault on the senses and took refuge in a St.Austell Brewery pub, the Great Western Hotel, so Ryan should be a little happier about that, and we had tea and cake (well Steve had cake).

We reached the Gannel at low tide and crossed the footbridge to Crantock where we headed straight to the village shop for a lunch time pasty and then into the Cornishman pub for a cool pint. You may start to detect a pattern in the way we approach coastal footpath walking in Cornwall. One of the undoubted benefits of walking a few miles each day carrying a fairly heavy rucksack is that you can eat pretty much what you want without worrying about your waistline. An abundance of tea stops and pubs have to be negotiated en route and it would be rude to ignore their charms.

From Crantock it was a short walk to one of our regular coastal path campsites at Treago Farm. 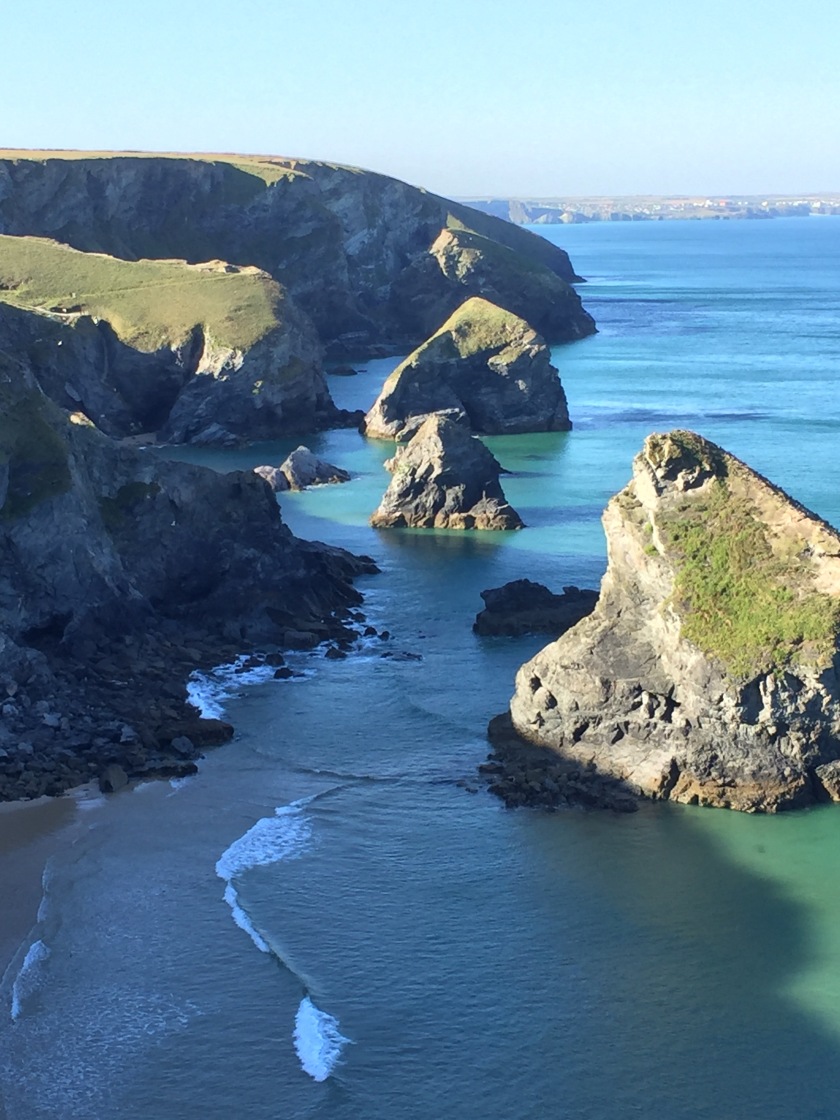 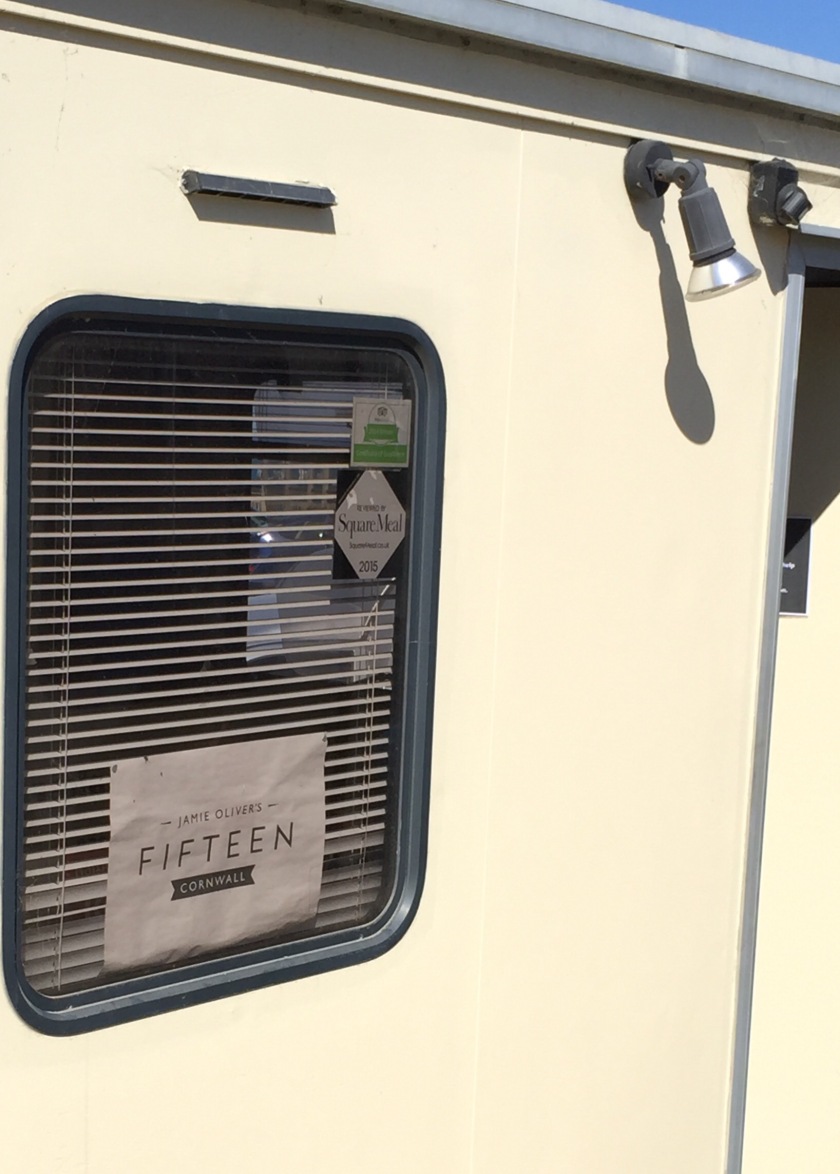 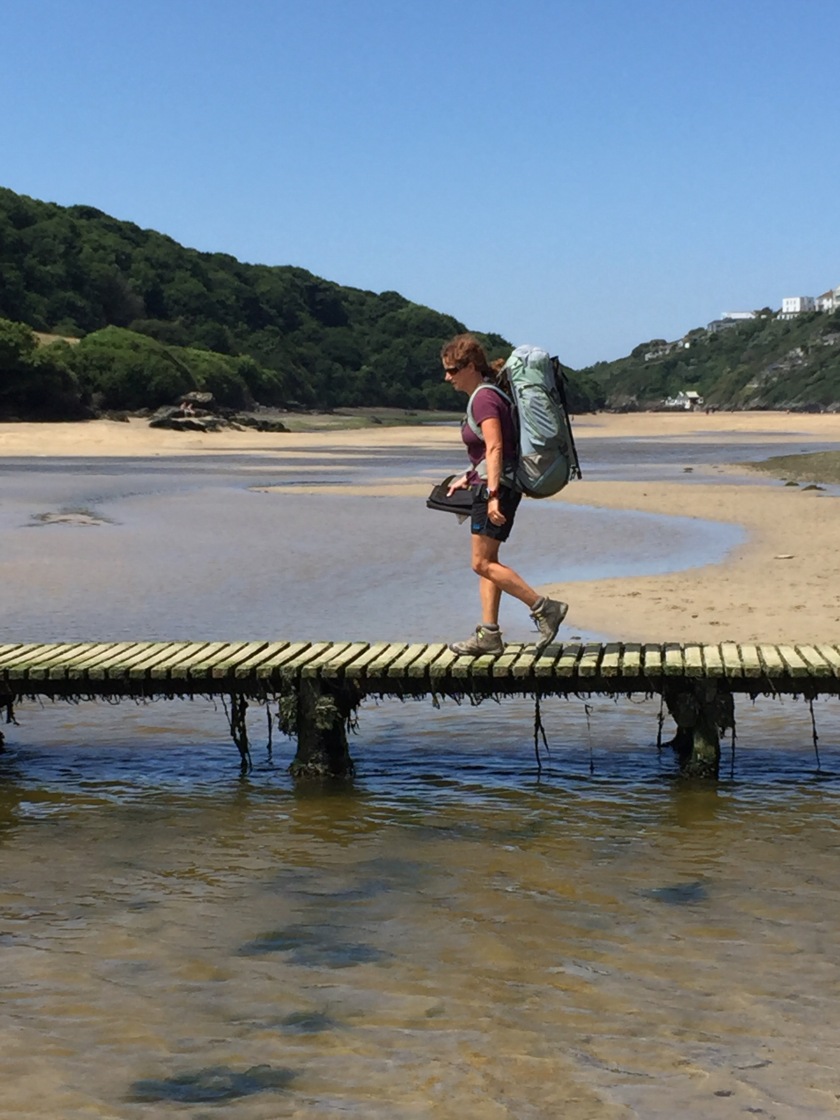