Distance 24.73 miles, cumulative 463.82 miles, 9 hrs 20 mins, walking time 8 hrs, pace 3.1 mph, pod Border Forest Caravan Park.
We climbed out of Jedburgh to re join Dere Street, the Roman Road which took us all the way to join the Pennine Way north of Byrness. The purests will know that the northern most end of the Pennine Way is actually Kirk Yetholm but we cut the corner to join a little further south. We will now be following the Pennine Way to its southern most point at Edale.

Dere Street was more like a Roman Road today – good underfoot and straight, apart from a short section which had not been strimmed – they obviously had not been expecting us. Today’s culture section is provided by Dere Street which was built between 71 and 81AD by Governor Julius Agricola. It runs 130 miles from York to Inchtuthill near Perth.

We met one other walker who was doing LEJOG and we wished him well, he had started in mid March and was hoping to finish in mid July. We only met another two couples en route all day.

The highlight of the day was crossing the border into England. A typical English welcome greeted us in the form of a sign which told us we could not walk where we liked, when we liked and if we strayed off the path or touched any strange objects we would be blown up. The Scottish right to roam laws were definitely not in play.

Steve was particularly pleased to be in England as his favoured trail snack is usually ginger nut biscuits but for some unknown reason we could not find them anywhere to buy in Scotland. Steve suspects political correctness gone mad, the irony being they are made by McVities! Conversely Hobnobs, principle ingredient oats, had been available everywhere – plain, single sided chocolate, double sided chocolate and all combinations in between but not a ginger nut in sight. He hopes matters will improve and has high hopes of our first English shops tomorrow in Bellingham.

The Pennine Way was, as expected, a little soft underfoot but some sections had boardwalks or flagstones which made the going easier. In addition to the birdsong we had a soundtrack of artillery fire and military jets from the Otterburn ranges immediately to our east, and we mean immediately, as we ducked a few times.

Our day ended in Byrness which used to have; a hotel – now closed, a petrol station – now abandoned, a cafe – now derelict but does have a campsite and the amazing Forest Inn run for the very small local community and walkers, which occupies the premises of what used to be the Youth Hostel (gone). The hospitable couple running it offer B&B, meals for walkers and camping in their garden and a bar. We spent a very convivial (Steve got more convivial than Lynn) evening discussing walking with the guests including a couple from Devon in their late sixties who are walking LEJOG in one and two week sections – inspirational. We meandered back to our campsite a mile down the road with full bellies.

Spot the similarities between the first two photos.

Steve keeps taking photos of Lynn walking off into the distance. Lynn thinks it is just wishful thinking on his part. 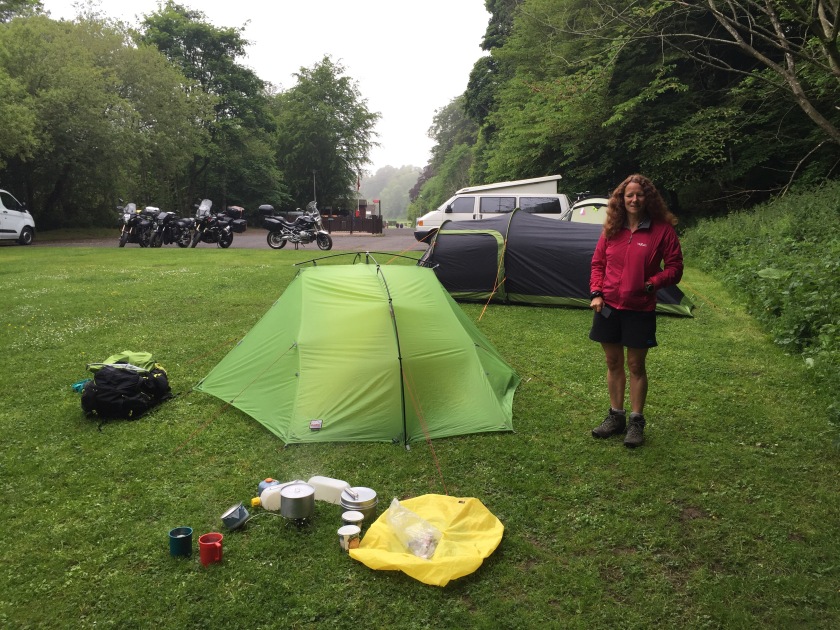 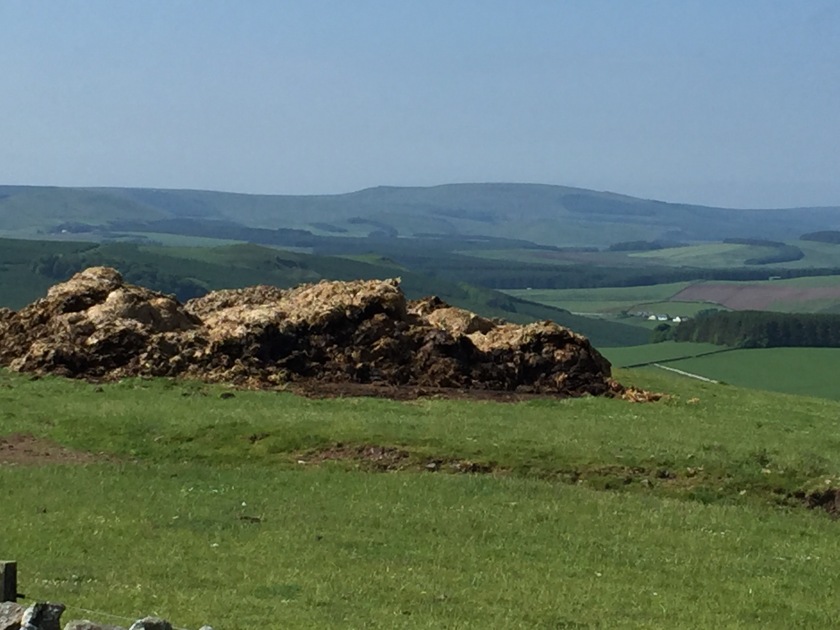 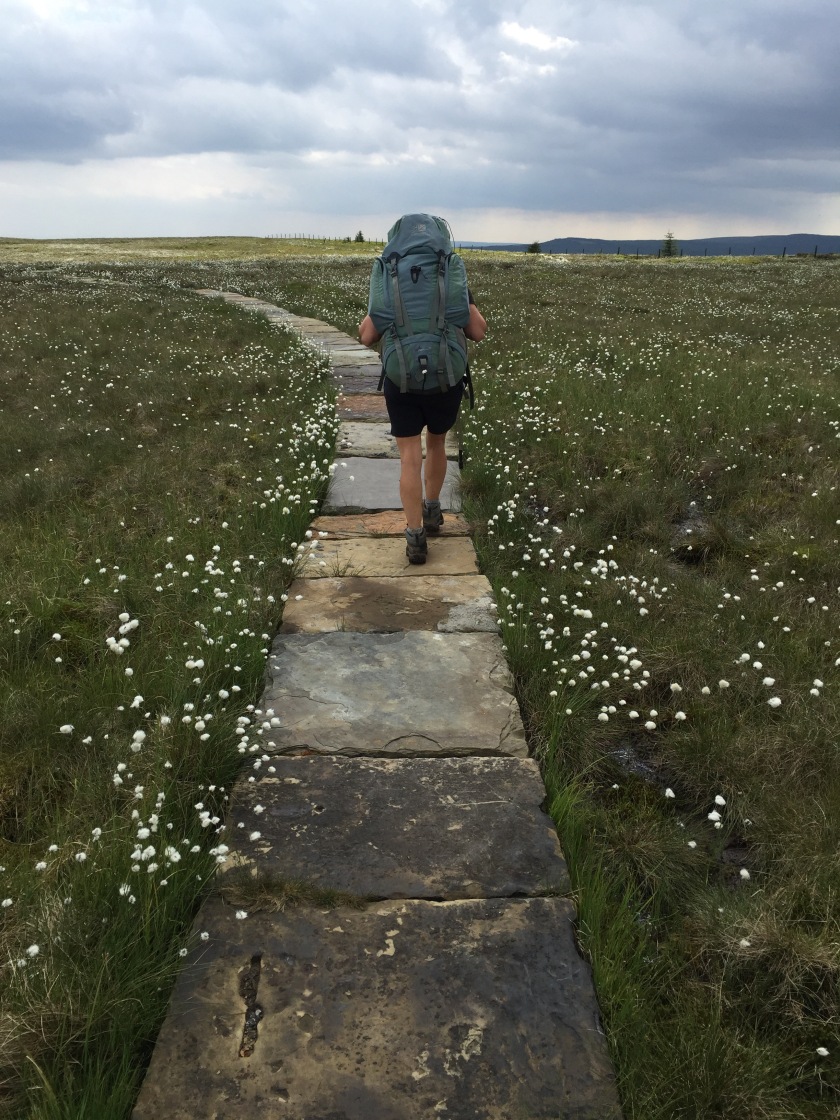