Distance 18.71 miles, cumulative 523.94 miles, time 8 hrs 5 mins, walking time 6 hrs 50 mins, pace 2.7 mph. B&B Highfields.
Alan and Judy provided an excellent breakfast to set us up for the day. We initially took the Pennine Way over the fells were we bumped into Steve from Bristol who had completed JOGLE twice on road for charity. He advised us that Conal and Linda together with Bob the Barrow were a mile ahead of us. We first spotted their kettle and gas stove which they had left on a stile. We retrieved the stove and found them a a few yards further on sheltering behind an abandoned house, enjoying their brew.

After a brief chat we carried on and the weather took a turn for the worse. We decided to drop of the fells and we followed the South Tyne Trail into Alston an option which our hosts of the night before had suggested.

The trail follows the route of an old railway which is gradually been restored as a narrow gauge track. We joined it at a large viaduct near Lambley and followed it to Slaggyford where we had to find a diversion around the latest section being restored.

We rejoined a mile or so later and had a flat walk into Alston which was made interesting by the sights of the restored track and stations.

We arrived at our B&B and were welcomed by Celia, her homemade scones and a lot of tea – perfect. We remarked to Celia about the cobbled A road which forms part of Alston’s High Street. The street is often used by film makers for period dramas and Celia and her grandson had been extras in Oliver Twist when Julie Walters was one of the stars.

Thanks to Ivor a former resident of Dunsford where Lynn grew up who now lives in Carlisle for informing us about the Ginger Nut shortage in Scotland. The McVities factory in Carlisle was flooded last December and production resumed last month. Our thoughts are with those communities still recovering from those terrible floods. 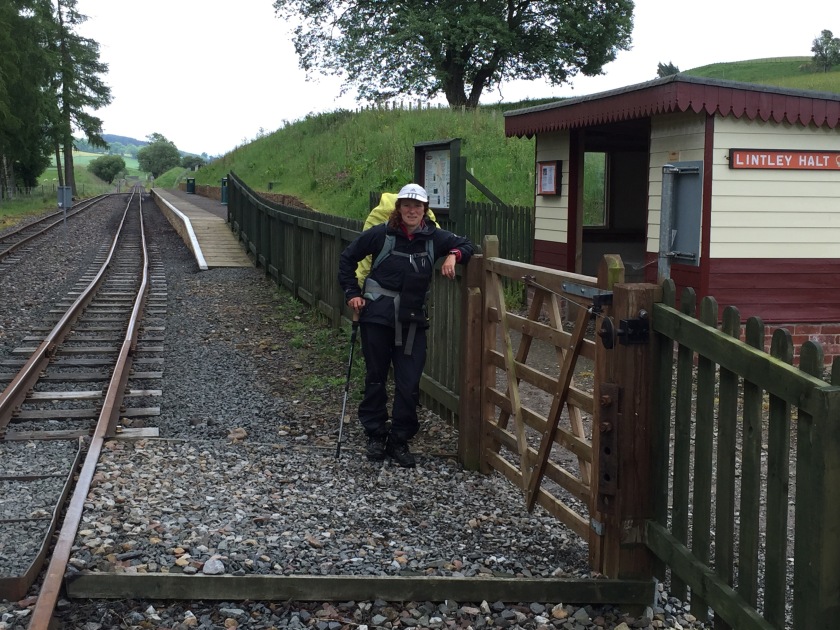 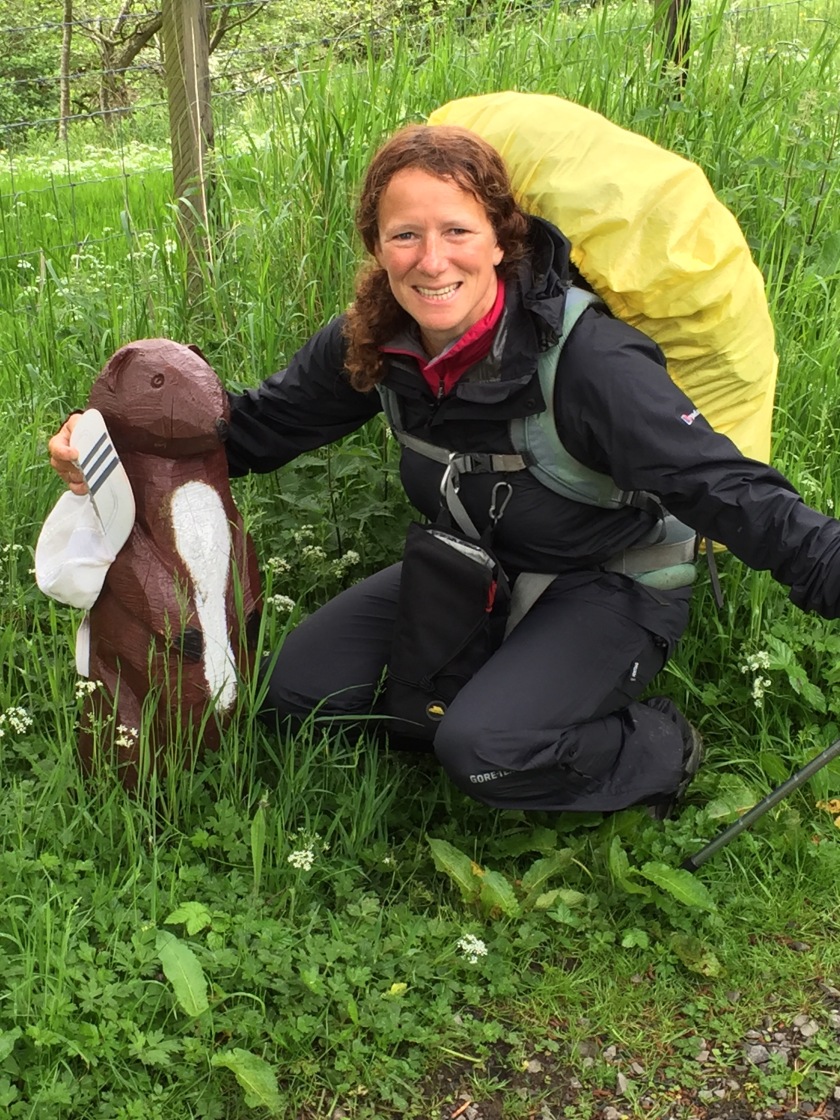 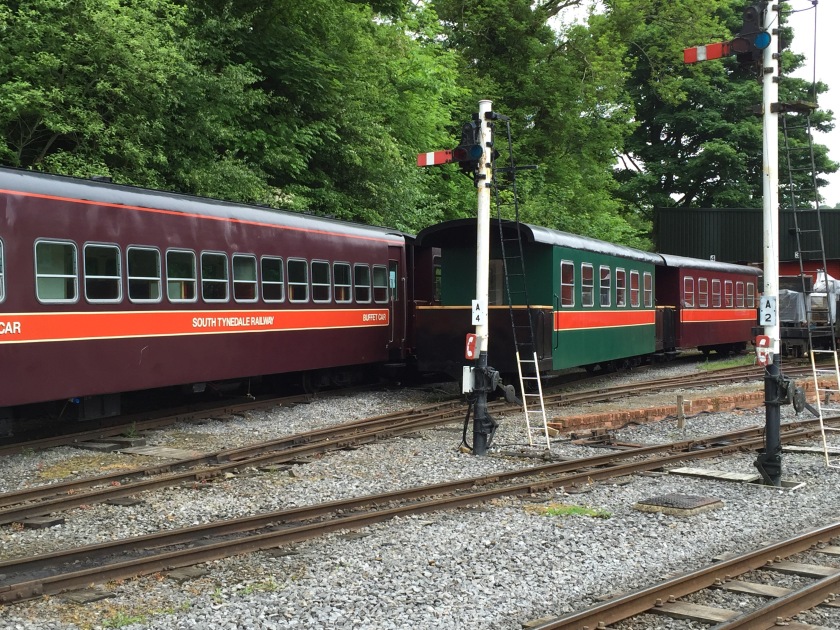