Distance 16.82 miles, cumulative 634.4 miles, time 6 hrs 15 mins, walking time 5 hrs 15 mins, pace 3.2 mph, camped Holme Farm.
The sun appeared first thing for a few minutes got tired and went back in. We climbed out of Hawes over Dodd Fell and joined a Roman Road to nowhere, the Cam High Road, which runs along a high ridge. Had the weather been better we would have had some good views and taken plenty of photos, but it wasn’t and we didn’t. We dropped down into Ribblesdale having shared some of the trail with the Dales Way.

We passed a few other walkers, cyclists and a group of 5 fell runners. We later learnt that one of the other walkers was walking north doing Land’s End to John O’Groats but we had not stopped to speak to him as he had seemed pretty focussed on forging ahead.

We reached Horton in Ribblesdale, which is overlooked by a large quarry, and found the campsite, our cheapest yet at £8 (Lynn’s side of the family please note our thrift). The campsite was hosting a Macmillan Charity Walk event, which had seen 100 walkers on Saturday and 50 today.

Horton in Ribblesdale is home to the Yorkshire Three Peaks Walk a 25 mile circular walk scaling three of Yorkshires highest peaks, Pen-Y-Ghent 2,277ft, Whernside 2,414 ft and Ingleborough 2,372 ft. The challenge is to complete the walk in under 12 hours. Lynn thought that looked interesting, Steve had other words in mind. Walkers attempting the route are encouraged to ‘log in’ at the Pen-Y-Ghent Cafe in Horton and then ‘log out’ at the Cafe on completion of the walk to record a time. We went to the Cafe and had tea and cakes, which we managed in under 12 hours. Our route tomorrow takes us over Pen-Y-Ghent.

The rest of the day and evening it rained very heavily, once again Steve had other words in mind, but at least it had remained dry whilst we were on the trail.

This Sunday, our usual day for phoning parents, was our first without a phone signal, so Happy Father’s Day to Ray and Bal. 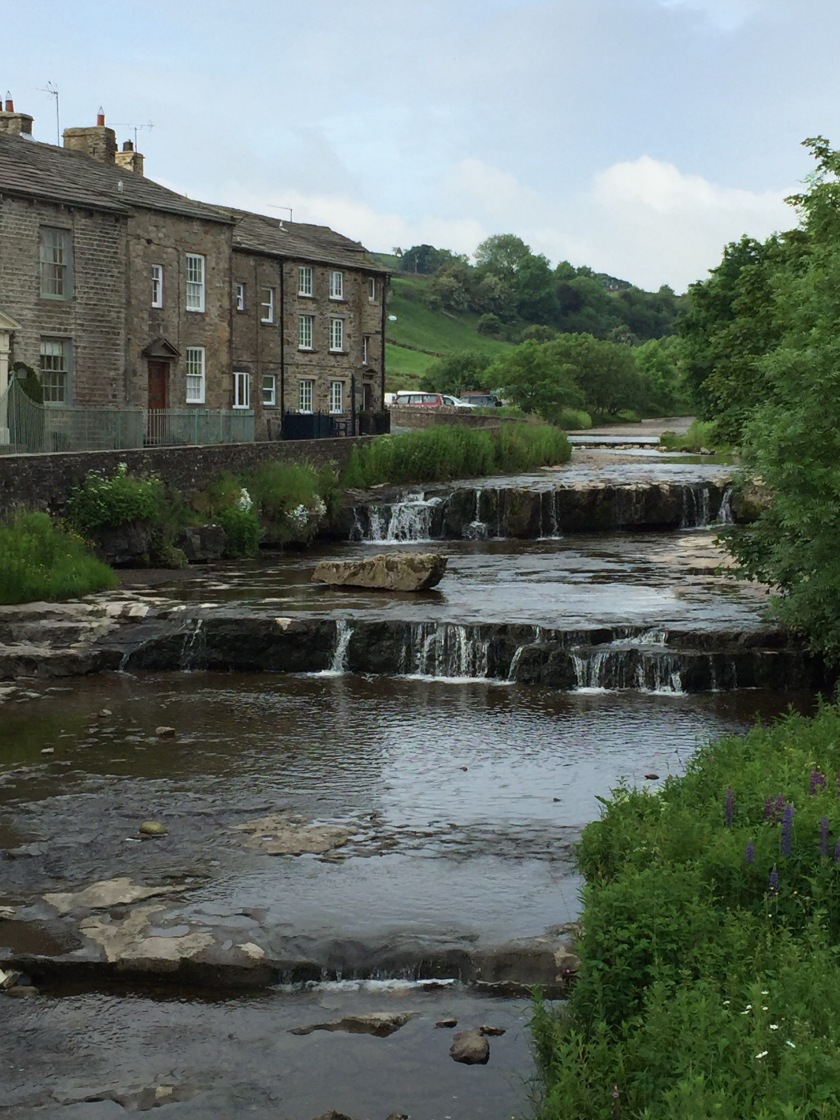 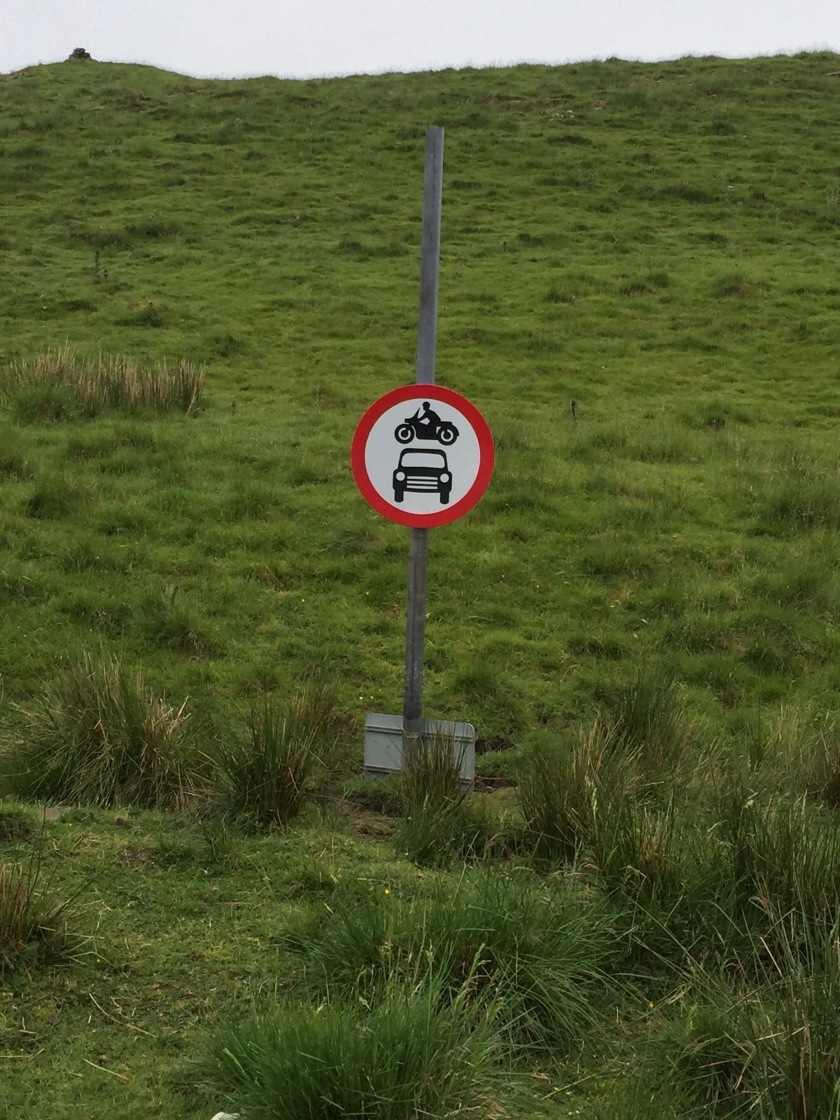 One thought on “Day 38 Hawes to Horton in Ribblesdale, Sunday 19 June”