Distance 14.97 miles, cumulative 649.37 miles, time 6 hrs 15 mins, walking time 5 hrs 15 mins, pace 2.8 mph, camped Townhead Farm.
We spent the previous evening in the Golden Lion at Horton with 65 year old Patrick who was walking Land’s End to John O’Groats for the fifth time! This time he paused in Edale and went to Wales to run in the man versus horse race – 21.52 miles cross country. He completed the race and then returned to Edale to continue his trek. He knew the route by heart and had lots of tips for us.

Overnight it continued to ‘rain heavily’ and in the morning visibility was poor. We decided to skip Pen-Y-Ghent and rejoined the PW to cross Fountain Fell having used an alternate route out of Horton on a stretch of the ‘Pennine Journey’ trail. Visibility remained poor and Graham C and Ryan G will be pleased to know we actually had to navigate on the compass and map.

The weather gradually lifted as we approached Malham Tarn and it was bright sunshine as we reached Malham Cove. Malham Cove is a famous limestone ‘gorge’ or gryke as the clefts in the limestone are called. The Cove and limestone pavement is a real tourist magnet. The Cove was recently featured on TV in ‘Best Walks with a View’ which Steve is always keen to watch. Lynn suspects this is nothing to do with the featured walks but more to do with the presenter Julia Bradbury. Similarly his interest in dress making has developed since Claudia Winkleman has been a host of ‘The Great British Sewing Bee’. Very sad.! Malham Cove was very busy including some large school groups which reduced in size as kids disappeared down the limestone clefts. This provided rich pickings for the resident Peregrine Falcons. The RSPB had a stand set up with telescopes to view the birds. The RSPCC were nowhere to be seen.

We spent a productive afternoon on the free wifi in one of the Malham tea shops looking at and booking some forward accommodation and marvelled at the tea shop owner’s ability to organise a queuing system for the hundreds of kids wanting ice-creams (6 out – 6 in ) which spectacularly broke down when the kids were all Japanese. These little things keep us entertained.

The campsite at Malham had a supply of previously posted maps held for us which helped with the forward planning for the next few days.

Today we both had ‘bad hair days’. 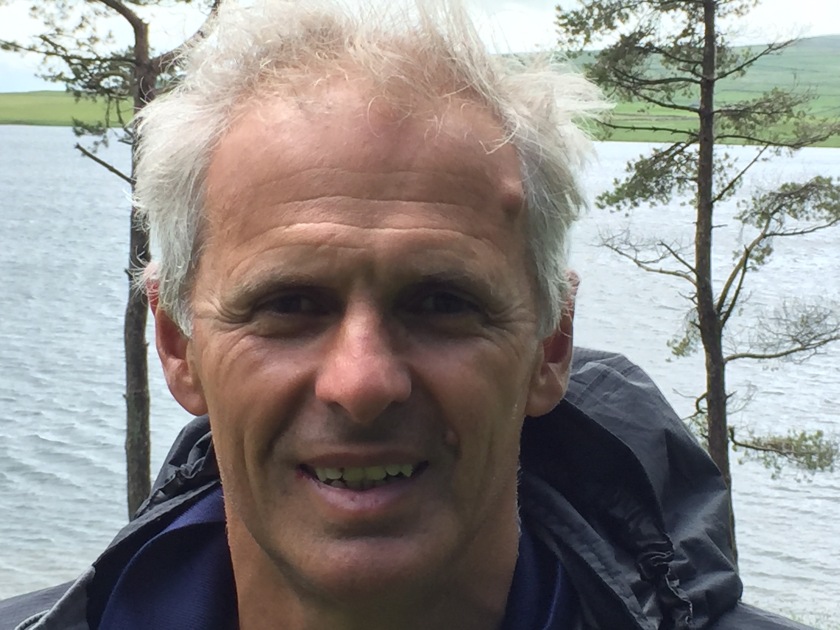