Distance 13.56 miles, cumulative 812.19 miles, time 4 hrs 40 mins, walking time 4 hrs 25 mins, pace 3 mph, Camped Carney Pools.
The proprietor of the B&B was a scout leader and over breakfast he confirmed that the Staffordshire Way footpaths going south were as appalling as the ones we had ‘travelled’ the day before and he had guests the previous day walking north who had similarly commented. Given the forecast for a wet day we decided to adjust the route and stick to minor roads and good bridleways.

So we had a wet day following country lanes through small Staffordshire villages, large arable farms and a couple of Simmental Cattle herds.

The weather stayed wet so we ploughed on with only a few short stops and reached Carney Pools by 1 o’clock.

Carney Pools is primarily a farm with some fishing lakes and campsite. We put the tent up in the rain and whilst it aired out we took shelter in the fishing lakes lodge and spent a few hours chatting to Keith the volunteer lakes warden (a pensioner who in return for free fishing did one day a week as a warden). Keith was happy to have company on a slow day, so we exchanged life histories. He was a Harley Davidson fan and although he had survived a very bad accident on his bike, which had left him with multiple steel pins and an artificial hip he still rode a Harley Sportster into his 70s.

The rain got steadily worse, the wind picked up and ended up with a full on storm which eventually abated. We returned to the tent to find it in the middle of a small lagoon, so we had to re-site it in a smaller puddle. Fortunately the sun came out and we managed to dry everything off.

Carney Pools is right next to the Trent and Mersey Canal, River Trent, A51 and the West Coast mainline railway and near Rugeley Power Station but apart from that, is in the middle of nowhere. We dined at the nearby Wolseley Arms and were joined by Steve’s Dad and sister, Sarah which made for a pleasant evening catching up on family news. 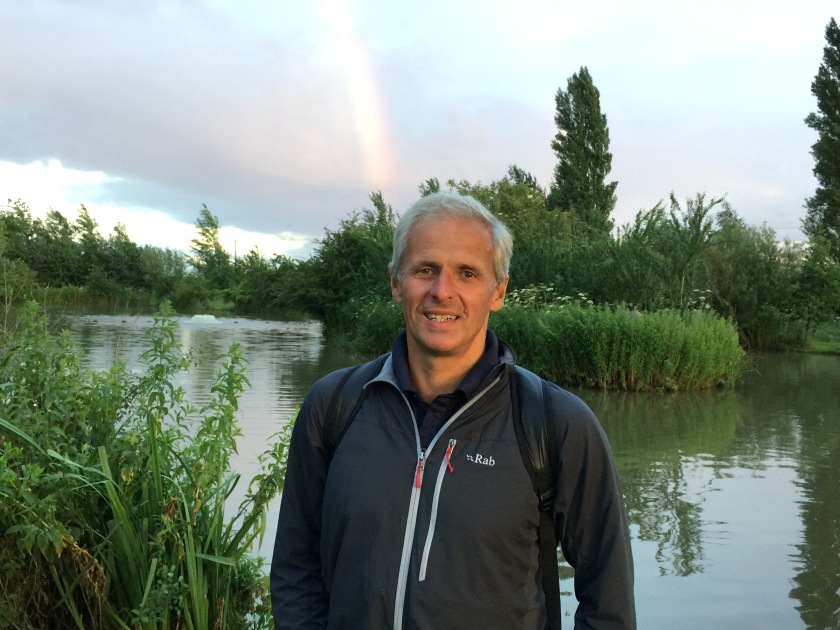 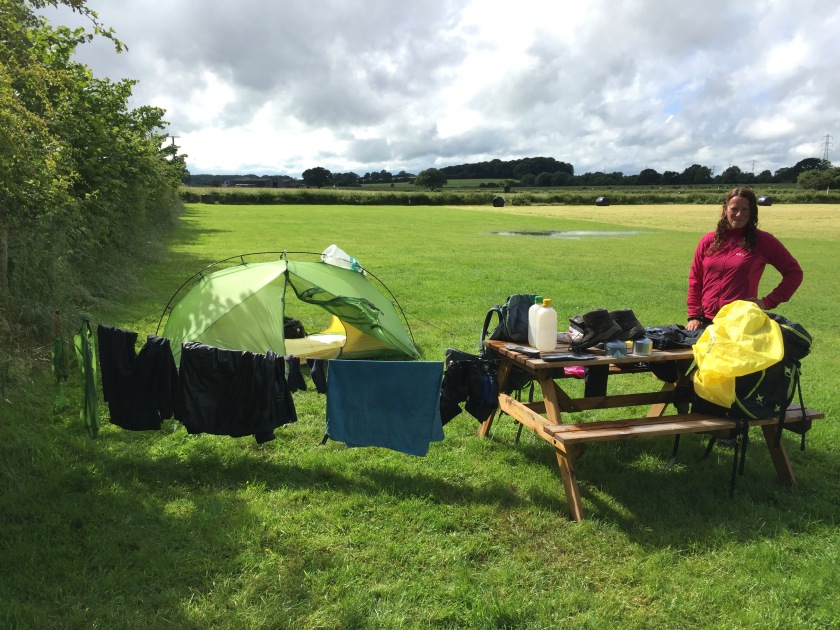 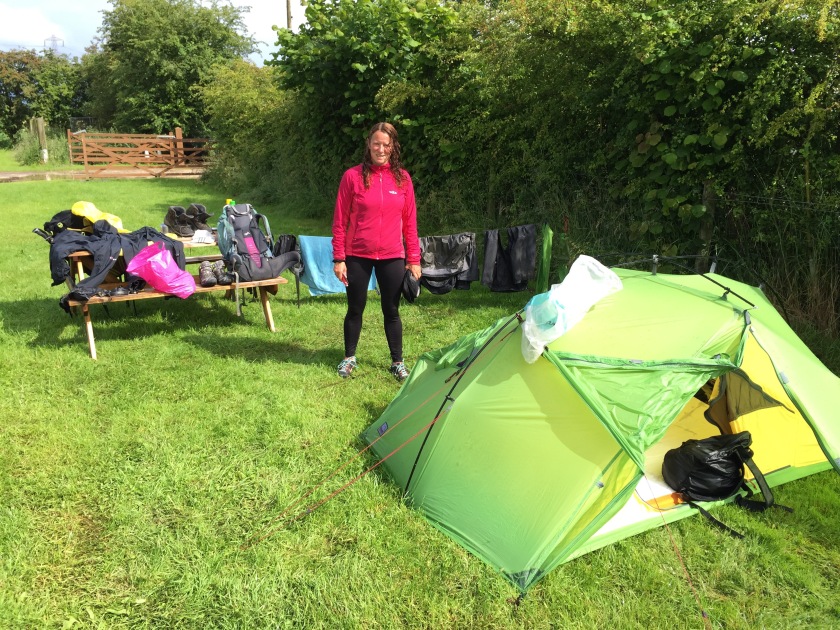 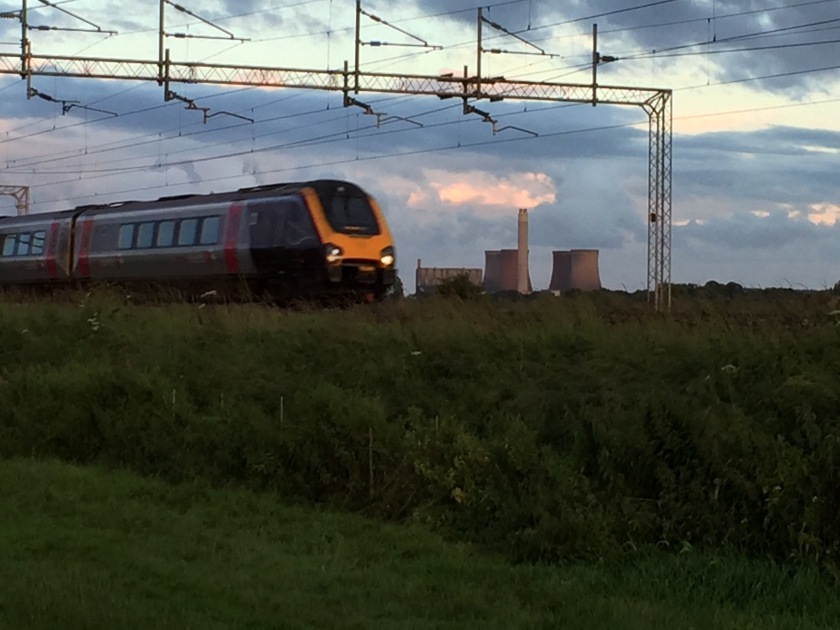 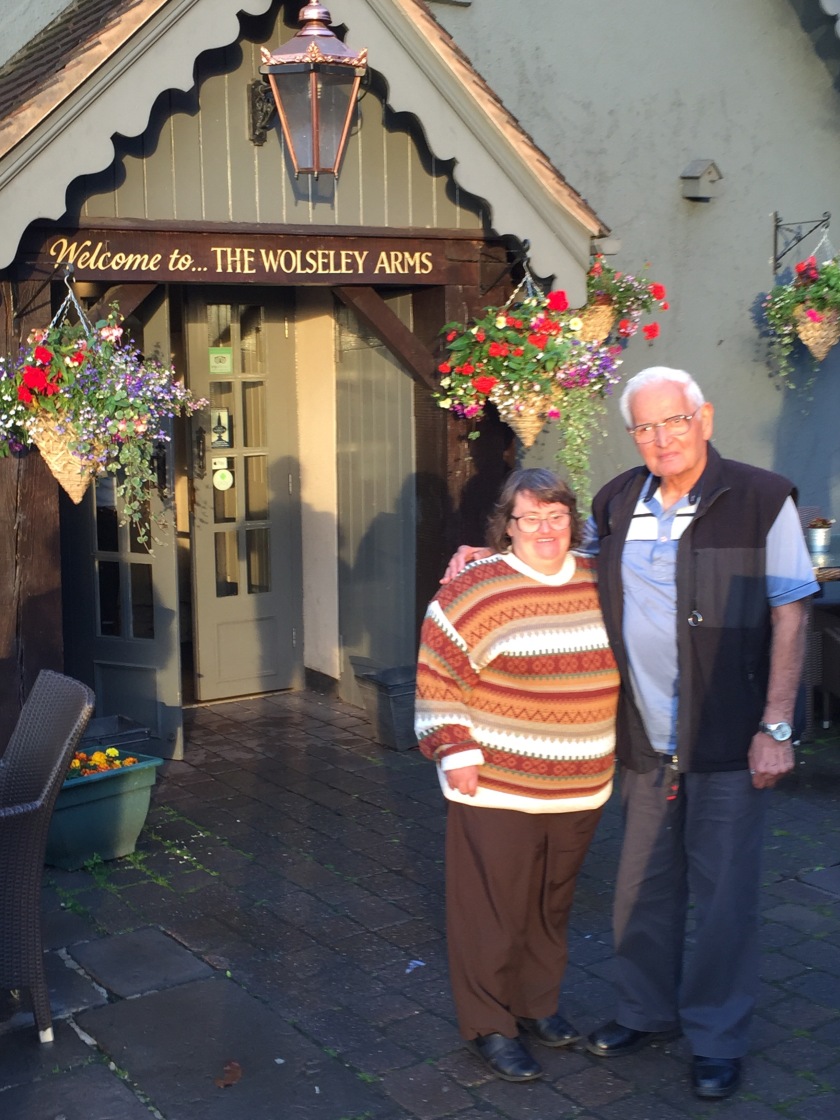 One thought on “Day 48 Uttoxeter to Carney Pools (near Rugeley, Staffordshire) Wednesday 29 June”